The Samoan islands are grappling with public health problems; children may provide some solutions.

For 3,000 years, people have fished and farmed the Samoan islands of the South Pacific Ocean. They thrived on papaya, breadfruit and taro; they caught and prepared fish with lime and coconut.

After World War II, everything changed: the population boomed, food imports began, lifestyles shifted. And in recent decades, the Samoans have suffered some of the highest rates of obesity, diabetes and heart disease in the world. In the early 2000s, the adult overweight and obesity rate in the territory was nearly universal, at 93 percent, while the rate for children was close to 45 percent. Nearly 1 in 3 adults in American Samoa has diabetes. 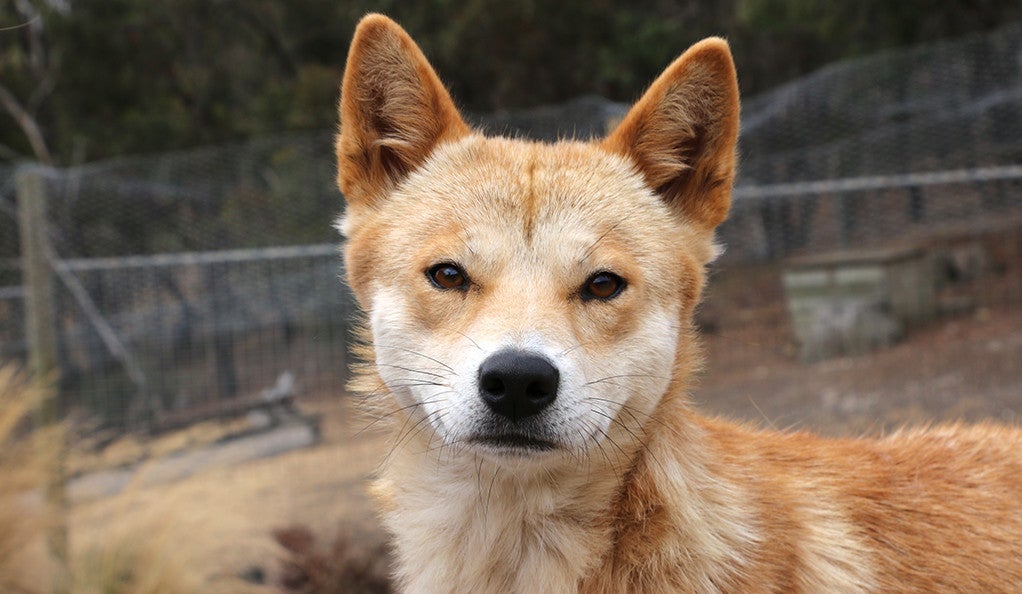 Why do dogs, unlike wolves, make eye contact with people? New Yale University research suggests that the unique history of the Australian dingo can help fill out the evolutionary history of the deep and enduring connection between humans and dogs.

Domesticated dogs look at their owners to convey and request a host of information — for instance, for help in solving a difficult problem. Wild wolves do not. Dingoes appear to represent an intermediate point in the domestication of wolves.

The Bulldogs are heading Down Under. Yale is taking a 10-day trip to Australia starting on Aug. 11, visiting Melbourne and Sydney and playing four games.

“This trip is very special to me. It is only the second time I’ve been out of the country,” said captain Jack Montague, whose first trip abroad came this summer, studying in Croatia. “It will also be a fun experience with the team. I think it will provide a further sense of bonding with the team, and it will give us an additional two weeks of playing together and getting better for a very important season. Of course, it is also going to be an incredible place to visit and explore the cities of Sydney and Melbourne as well. There are a lot of fun places we are going to visit and do while over there, so this will be a trip that we will never forget.”

Nikki Liang has her sights set on Harvard, Columbia or Yale when she graduates from Pymble Ladies’ College this year, inspired by other students from her school who have already gone on to the top Ivy League universities.

“In Australia, you’re a big fish in a small pond, and in the US you’re a small fish in a big pond,” Ms Liang said. “I want to have that experience of being surrounded by dynamic people who are interested in big things.”

Georgia Separovich graduated from Yale University in 2012, after doing her HSC at Loreto Normanhurst. She is now a board member of the Yale Club of Australia and conducts alumni interviews with students in Sydney as part of the university’s application process.

“I look for how students think, how they communicate, their interests and whether they’re a well-rounded person,” said Ms Separovich.

East of the Wallace Line: Monumental Art from Indonesia and New Guinea explores the cultural characteristics of eastern Indonesia and coastal western New Guinea. Taking as its jumping-off point the “Wallace Line,” an ecological demarcation first recognized by British naturalist Alfred Russel Wallace that runs through Indonesia between Bali and Lombok and west of Sulawesi, the exhibition presents intricately decorated, large-scale sculptures and textiles, as well as more
intimate personal and domestic objects. With more than 120 works from the 17th to 19th century, the exhibition features highlights from the Gallery’s permanent collection and select loans, many either too large or too fragile to be regularly displayed.

Exhibition organized by Ruth Barnes, the Thomas Jaffe Curator of Indo-Pacific Art, Yale University Art Gallery. Made possible by an endowment created with a challenge grant from the National Endowment for the Arts.
Free and open to the public
For related programming, visit artgallery.yale.edu.

China’s steady economic growth has been accompanied by growing assertiveness over control of resources and territory in the East China Sea and the South China Sea that unnerves neighbors. Most Asian nations do not see any option other than a closely entwined future with China and criticize Beijing with caution. Australia under conservative Prime Minister Tony Abbott, in advancing defense cooperation with Japan, is bucking that trend, a stance that poses long-term strategic challenges, explains Evelyn Goh of the Strategic and Defence Studies Centre of the Australian National University. China is, by far, the lead trade partner for Australia and Japan. China denounces any attempt at containment of its ambitions. Yet if Japan and Australia, both US allies, pursue ongoing defense partnerships, that marks a sweeping line through the Pacific Ocean. US support would still be required in dealing with Chinese challenges but Asian nations increasingly question US commitment. The unease contributes to Prime Minister Shinzo Abe’s efforts to end Japan’s constitutional restraints on deployment of armed forces, thus contributing to a spiraling cycle of insecurity. – YaleGlobal

Many Yale alumni in Australia will know Gigi Foster (Yale ’96 and currently professor at the University of New South Wales) as the indefatigable head of the Yale Alumni Schools Committee, the organisation that arranges interviews with alumni for all applicants to Yale. We are deeply impressed by Gigi’s professionalism and care in leading the AYA, and were END_OF_DOCUMENT_TOKEN_TO_BE_REPLACED