Skip to content
HomeArticles posted by yaleyia(Page 3)
Twenty Yale University students have been named Kerry Fellows for the 2019-20 academic year. Part of the Kerry Initiative led by former Secretary of State John Kerry YC ’66, the Fellows will collaborate with Sec. Kerry on leading-edge research aimed at developing real-world policy solutions.

The students represent several of Yale’s professional schools, including the schools of Medicine, Forestry and Environmental Studies, Law, Management, the Graduate School of Arts and Sciences, and the Jackson Institute for Global Affairs.

Read more about this year’s Fellows.

Yale’s OCS (Office of Career Strategy) offers a weekly newsletter which informs students and alumni about career opportunities and resources for career development through Yale. For more information, to sign up for the newsletter, and to find an archive of letters, visit the OCS Newsletter website here.

On September 4th, The Franke Program in Science and the Humanities featured Brian Scassellati, professor of Computer Science and Mechanical Engineering, in a public lecture about the connections between man and machine. The lecture can be watched at the link below!

Mapping the Frontier Between Man and Machine.

In the Fall of 1998, Yale began its process for the Internationalization of Yale, with the Yale Assembly LIII of that same title.  Yale president Richard Levin was preparing his ‘white paper’ to outline his plans for the future of Yale in its next one hundred years, to be announced at the time of Yale’s Tercentennial in 2001, which was to see Yale evolve from a world-class university to becoming a world university.
Part of this would cause Yale to increase its numbers of international students and scholars, and the shift to need-blind admissions for undergraduates accelerated that process.  Yale early on took steps to plan how to assist these students in comfortably becoming members of the Yale community, and this effort is now handled by the incredible Office of International Students and Scholars (OISS). You can see how incredible OISS is just by [clicking the link below].
This will be a one-time only posting, but if you would like to subscribe to there exciting newsletter, just [follow the link below].

William Stork
YIA Contributing Editor
As requested by William Stork, the link below leads you to the OISS website and to the “Contact Us” page, where you can subscribe to the newsletter!
OISS LINK!

On Tuesday, September 10th, Alvin Y. H. Cheung from the NYU School of Law will be speaking at the SLB Calabresi Faculty Lounge through the organization of the Paul Tsai China Center. As described by the Center,

Alvin Y.H. Cheung of the N.Y.U. School of Law will discuss the origins, evolution, and future direction of the ongoing protest movement in Hong Kong, assessing the legal and political significance of the protests and what they mean for the future of “one country, two systems” in the People’s Republic of China.  Mr. Cheung is a Hong Kong barrister (non-practicing) who has written and presented extensively about developments in Hong Kong for academic, specialist, and lay audiences.

Lunch will be served at the event. 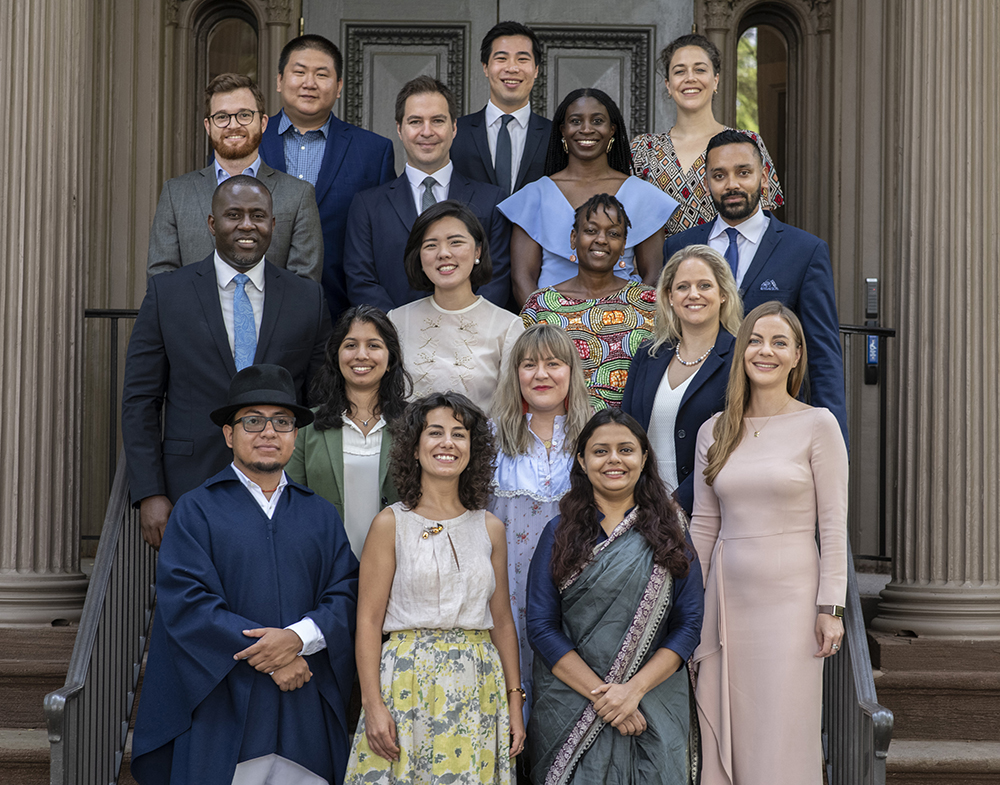 The 2019 World Fellows have arrived!

After traveling from all corners of the globe, the World Fellows have finally arrived in New Haven! The 2019 class includes politicians and diplomats, journalists and global heath professionals, social entrepreneurs and sustainability advocates. Join us in welcoming the Fellows to campus, and follow their journey on our Facebook, Twitter, and Instagram pages.

The World Fellows are eager to engage in conversations with students, faculty, and community members over the next four months while they are on campus. Check our website to learn more about the exciting events and talks hosted by Fellows. World Fellows will also be working with students, attending classes, and contributing to the Yale and New Haven communities through mentorship and service.

Want to get involved or invite a Fellow to attend or speak at an event? Reach out to any of the Fellows using the contact link on their individual webpages.

Don’t forget to save the date for World Fellows Night, a great opportunity to meet and hear from all the 2019 World Fellows and to learn about the work they are doing. We’ll see you on Thursday, September 12, from 5:00-7:00 pm in Horchow Hall.

Thursday, September 19th and Friday, September 20th, the Sterling Memorial Library will be featuring When the Walls Came Tumbling Down: Coeducation in Yale College, in honor of the “50 Women at Yale 150” year-long event. This year marks the 50th anniversary of woman being admitted to Yale College and the 150th anniversary of women being admitted to any college within the University as a whole.

As described by the exhibitors:

Co-curators Michael Lotstein and Carly Sheehan will give a tour of the new exhibit on the 1969 transition to co-education at Yale College.

The coeducation of Yale College was the culminating event in the century-long journey of women students at Yale. The journey began in 1869 with the admission of Alice and Susan Silliman, daughters of chemistry professor Benjamin Silliman, Jr. ’37, into the newly established School of the Fine Arts.

To commemorate the 50th anniversary of coeducation in Yale College, the display includes photographs, memorabilia, university records, and the students’ own words from their replies to questionnaires and surveys, and from written accounts of their experiences.