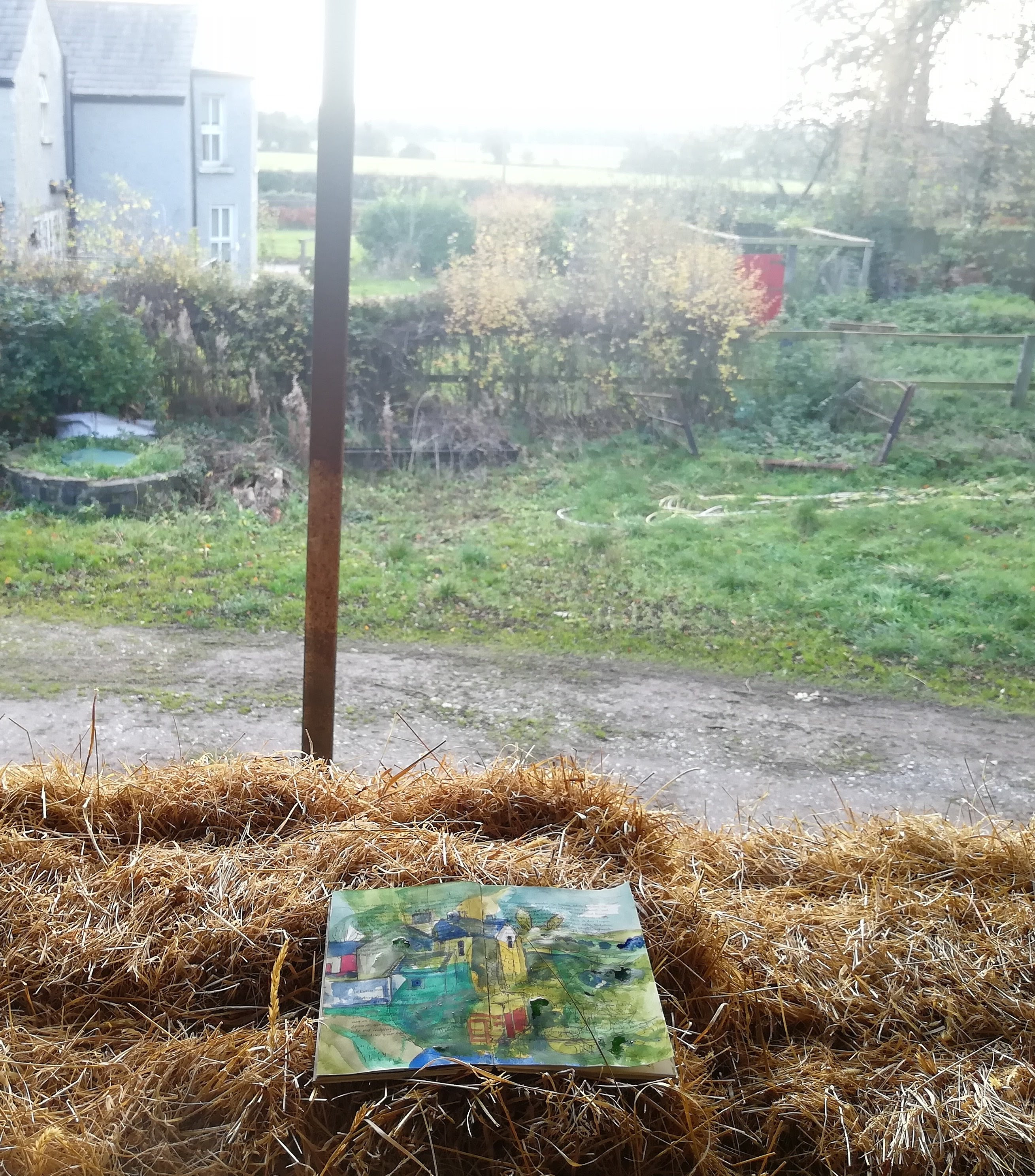 The inaugural Yale Club of Ireland Pop-up Musician/Artist/Writer/ Whatever Residency was recently awarded to Annelisa Leinbach ’16. The Pop-Up MAWW Residency provides the recipient with a two-week retreat in a rural setting, in peace-and-quiet, with no requirement to teach, workshop, exhibit, or perform.

Annelisa spent the residency painting and drawing, while neither teaching, exhibiting, workshopping nor performing. Part of the residency saw her hop from Dublin to Meath and Monaghan, ending up in Derry/L’Derry, following a trail of hospitable Yale Club members.

She is inspired by nature, politics, and travel; she currently lives in Berlin, Germany.

Annelisa’s work has appeared on album covers and in galleries, including the Yale Art Gallery. She has been published in the Goethe Institut Magazine, The Art of Eating, The Center for Constitutional Rights, the Yale Daily News, where she served as illustrations and comics editor, senior illustrator, and senior photographer; and in the Yale Record, where she served as art director. She recently co-edited a book on drone photography technique written by National Geographic photographer Kike Calvo. Annelisa has won numerous awards, including finalist status for college editorial cartooning in the Society for Professional Journalists national competition and the Ethel Childe Walker Prize for exceptional artistic development by a Yale art student.