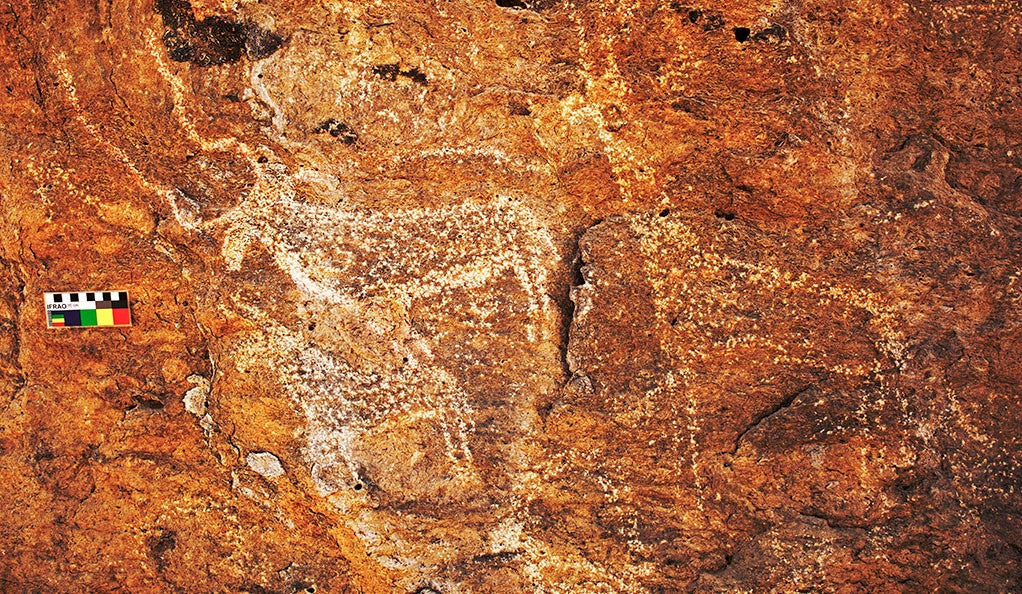 A team of archaeologists — led by Yale Egyptologist John Darnell — has uncovered a “lost oasis” of archaeological activity in the eastern Egyptian desert of Elkab.

The researchers from the Elkab Desert Survey Project — a joint mission of Yale and the Royal Museums of Art and History Brussels working in collaboration with the Ministry of Antiquities and the Inspectorate of Edfu — surveyed the area of Bir Umm Tineidba, once thought to be devoid of any major archaeological remains. Instead, the team unearthed “a wealth of archaeological and epigraphic material,” says Darnell, including a number of examples of ancient rock art or “graffiti,” the burial site of an Egyptian woman, and a previously unrecorded, enigmatic Late Roman settlement.