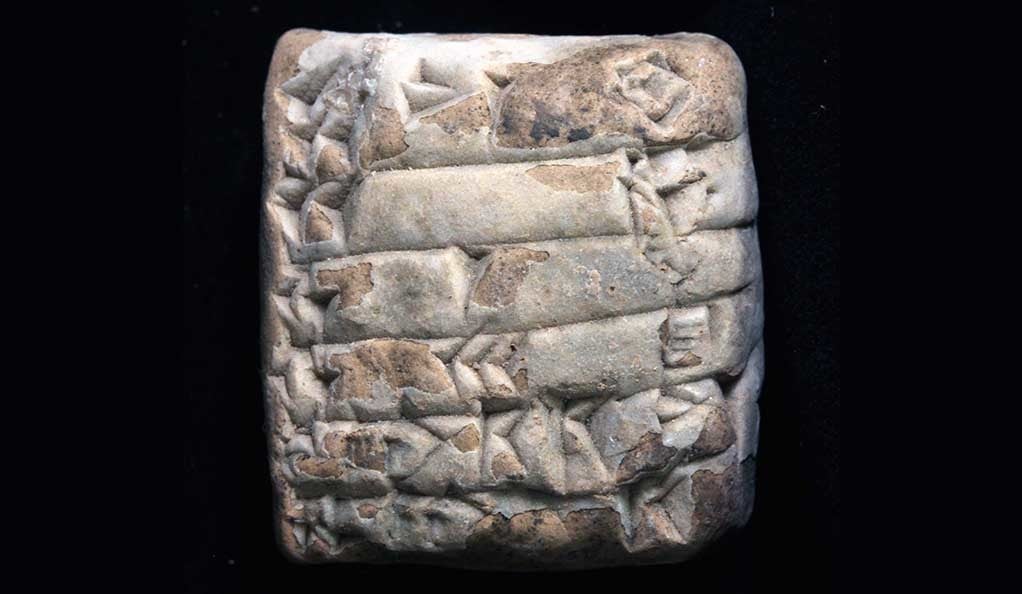 When Eckart Frahm, professor of Assyriology at Yale, received a call from Homeland Security with a request to come to New York to assess cuneiform tablets, he was intrigued by the opportunity to provide an assessment of the content and origins of these ancient artifacts.

Frahm, who is one of only a few hundred people worldwide who can accurately read cuneiform texts, was taken to an undisclosed location in the city, where he had about two and half days to study these texts in a warehouse in which they were being temporarily stored. Each tablet was about the size of a cell phone, and many were in a poor condition, with salt incrustations covering large portions of their surfaces.