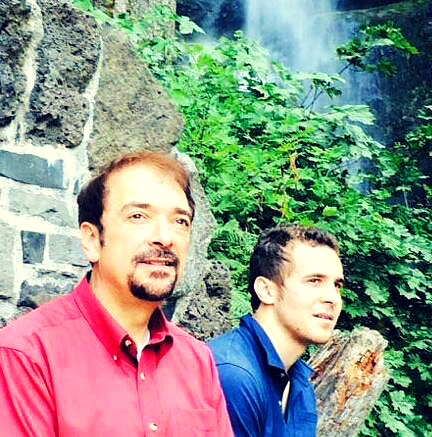 Drinks will be available after the recitalfor a small donation

About the Event:
Hosted at Hughes Hall, by Law Fellow Dr Markus Gehring and Senior Member Amy Klohr, this is our first Cambridge based event, to which all Yale contacts in the local area are welcome.
Enjoy an evening recital with Yale musical ensemble Musica Vera Duo. A two-piece ensemble, Musica Vera Duo explores and performs music from contrasting cultures of the classical tradition, including transcriptions of ancient chant, baroque dance suites, and theatrical works from the 19th century. Incorporating history, literature, and the dramatic arts, Musica Vera presents concerts that engages the ears, minds, and hearts of its audience members. You can listen to a sample of their work here.
The recital will be followed by a drinks reception (donations welcome), kindly hosted by Hughes Hall.
This is our first event in Cambridge, so do please turn out to support. Please also pass the word on to any other Yale contacts you have in the Cambridge area who may not be on our mailing list. We are keen to meet you all.
Programme
– Sonata in D minor, J.C. Pepusch
– Divertimento in C Major, W.A. Mozart
– Echoes of Arnheim, K. Sherwin
– Memories of the Homeland, M. Bailey
– Selections from the Bay Psalm Book (1752 edition)
– Romance, Dmytro Bortniansky
– 3 Ukrainian Folk Songs
About the Performers
Mark Bailey is extensively involved in the performance of baroque, classical, and early romantic instrumental, vocal/choral, and operatic works. He has particular expertise in Slavic music of the 17th and 18th centuries, as well as the Bach family, Handel, Haydn, and Mozart. Mr. Bailey is founding artistic director of the American Baroque Orchestra (ABO). As well, he is celebrating his 20th anniversary as artistic director of the Yale Russian Chorus (YRC). Mr. Bailey frequently guest conducts renowned ensembles, such as the Portland Baroque Orchestra, Edmonton Symphony Orchestra, Cappella Romana and Pro Coro Canada. As well, he often is invited to give seminars on conducting technique, performance practice, and Slavic baroque music, as he has at the Mostly Mozart Festival of Lincoln Center and the Tafelmusik Baroque Summer Institute in Toronto, Canada. Other guest appearances include conducting two gala concerts at Carnegie Hall, featuring the music of Moscow and St. Petersburg.
Classical guitarist and conductor Kevin Sherwin, as an accomplished soloist and leader of orchestral and choral ensembles, infuses his active performance schedule with scholarly work in the field of music performance practice. His current positions include Founding Artistic Director of the American Modernist Orchestra and Singers, an ensemble based at Yale University; Artistic Director of the New Haven Summer Chorus; and Assistant Conductor of the renowned Yale Russian Chorus. In 2015 Mr. Sherwin also was appointed Associate Artistic Director of The American Baroque Orchestra (ABO). He has conducted throughout the United States, including Boston, New York, San Francisco, Santa Barbara, Los Angeles, and New Haven, to name a few. In addition, Mr. Sherwin has guest conducted The American Baroque Orchestra, The Nashua Chamber Orchestra, The Roslyn Chamber Orchestra, The Jonathan Edwards Chamber Players, and the new music ensemble, Black is the Color.
Notes:
– While there is no admission fee, booking itself is highly recommended.
– Dress code: smart casual
– Parking is available at Hughes Hall.
– Hughes Hall is within a 15 minute walk from Cambridge Central Station. Fast trains (50 mins) run on a regular basis from London Kings Cross.
Registration:
Click here to register.