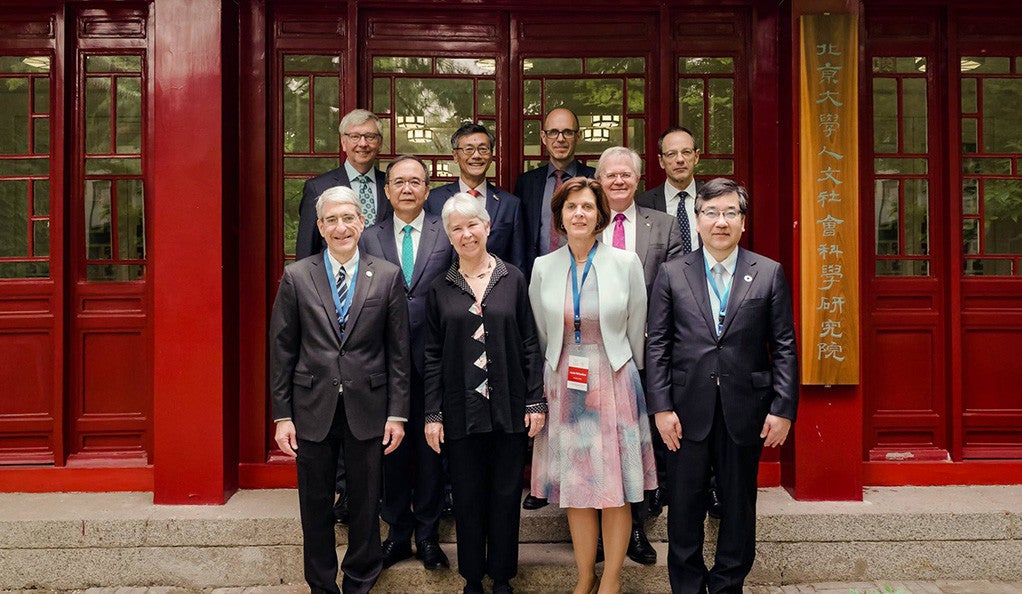 President Peter Salovey spoke on behalf of all international universities at a ceremony in Beijing on May 4, celebrating the 120th anniversary of China’s Peking University (PKU).

Founded as the Imperial University of Peking in 1898, Peking University is one of the oldest modern institutions established for higher education in China. The event was attended by numerous distinguished guests including Lin Huiqing, China’s Vice Minister of Education, as well as PKU faculty, students, and alumni, and the presidents of more than 240 universities from around the world. In his speech, President Salovey lauded Yale and Peking University’s vibrant history of many long-standing and ongoing collaborations including extensive academic partnerships between Yale and PKU law schools, and joint history projects in the sciences, literature, environmental studies, and history. He also cited how one of PKU’s early presidents, Ma Yinchu, earned his master’s degree in economics from Yale in 1910.