Skip to content
HomeYale Club of London: Ian Shapiro – “Democratic Competition: The Good, The Bad and The Ugly” 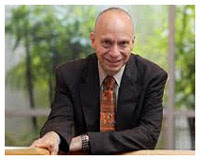 speaks on / presents “Democratic Competition: The Good, the Bad and the Ugly” Responsible Parties: Saving Democracy from Itself

About the Event:
Ian Shapiro discusses the varieties of political competition across the democratic world. He explains why so many of them have become susceptible to hostile takeovers by demagogues and other populists, and what can be done to reverse the trend.
In recent decades, democracies across the world have adopted measures to increase popular involvement in political decisions. Parties have turned to primaries and local caucuses to select candidates; ballot initiatives and referenda allow citizens to enact laws directly; many places now use proportional representation, encouraging smaller, more specific parties rather than two dominant ones.Yet voters keep getting angrier.There is a steady erosion of trust in politicians, parties, and democratic institutions, culminating most recently in major populist victories in the United States, the United Kingdom, and elsewhere.
Frances Rosenbluth and Ian Shapiro argue that devolving power to the grass roots is part of the problem. Efforts to decentralize political decision-making have made governments and especially political parties less effective and less able to address constituents’ long-term interests. They argue that to restore confidence in governance, we must restructure our political systems to restore power to the core institution of representative democracy: the political party.
About the Speaker:
Ian Shapiro is Sterling Professor of Political Science at Yale University, where he also serves as Henry R. Luce Director of the MacMillan Center for International and Area Studies. He has written widely and influentially on democracy, justice, and the methods of social inquiry.  In democratic theory, he has argued that democracy’s value comes primarily from its potential to limit domination rather than, as is conventionally assumed, from its operation as a system of participation, representation, or preference aggregation.  In debates about social scientific methods, he is chiefly known for rejecting prevalent theory-driven and method-driven approaches in favor of starting with a problem and then devising suitable methods to study it.  A native of South Africa, Shapiro received his J.D. from the Yale Law School and his Ph.D from the Yale Political Science Department where he has taught since 1984 and served as chair from 1999 to 2004. Shapiro is a fellow of the American Academy of Arts and Sciences and the American Philosophical Society, and a member of the Council on Foreign Relations. He is a past fellow of the Carnegie Corporation, the Guggenheim Foundation, and the Center for Advanced Study in the Behavioral Sciences. He has held visiting appointments at the University of Cape Town, Keio University in Tokyo, Sciences Po in Paris, the Institute for Advanced Study in Vienna, the University of Oslo, and Nuffield College, Oxford.
Registration:
Click here to register for this event