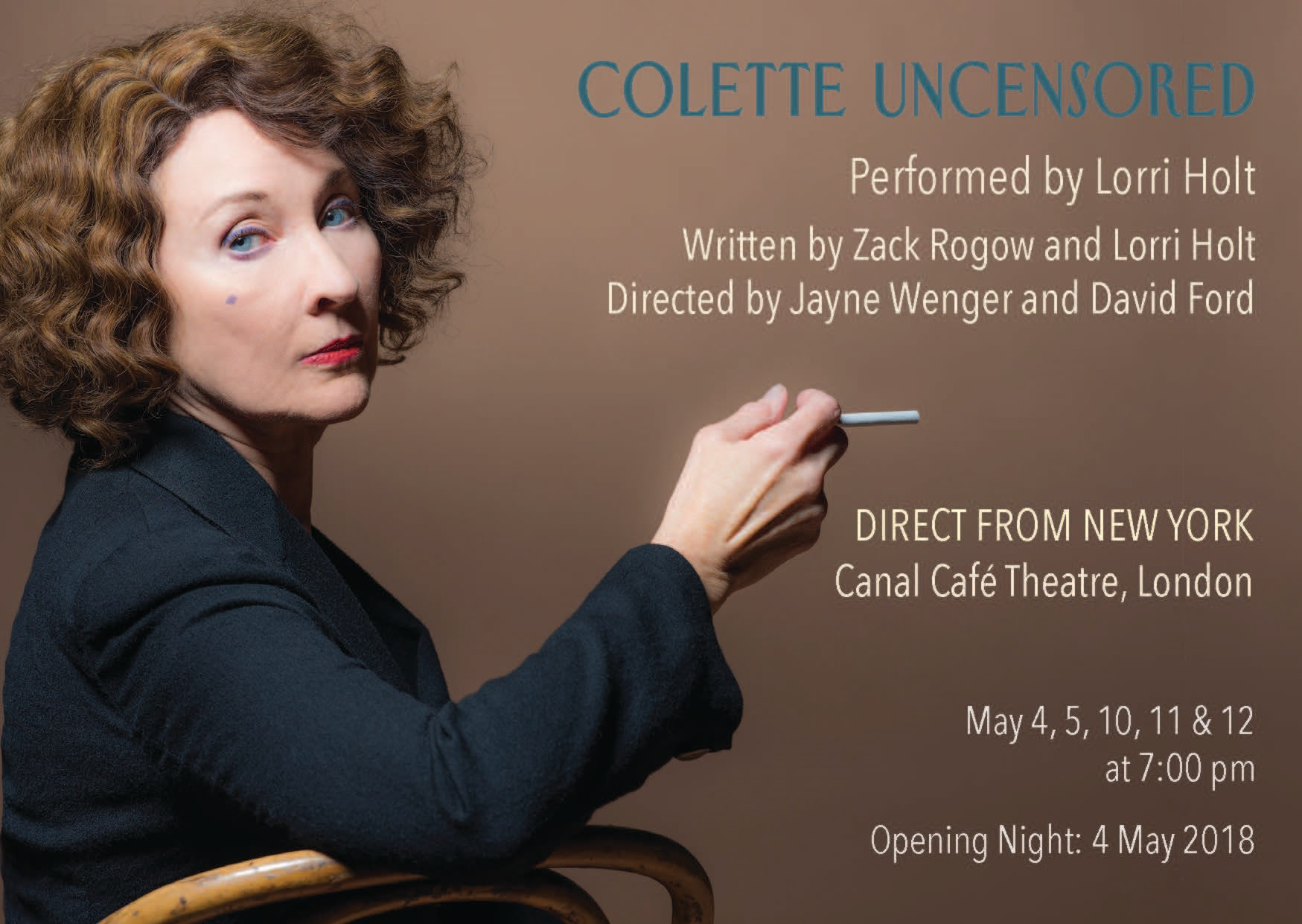 
About the Event:
Following its award-winning run in the States, this new play by Yale alum Zack Rogow ’74 will run at the Canal Café Theatre in London from 4 to 12 May, starring renowned actress Lorri Holt who created a lead role in the original production of Angels in America. The play was originally read at the Kennedy Centre nominated for Outstanding Solo Production and Solo Performance in San Francisco.
We meet the passionate French novelist in her quest as a writer, an activist, and lover. Smart, funny, & delightful, direct from sold-out command performances in San Francisco! Best known for her novella “Gigi,” Colette (Sidonie‐Gabrielle Colette) is one of France’s most famous writers. “Gigi” later became a musical that won the Academy Award for Best Picture. Before Colette’s exquisite writing was accepted as classic, the author was shunned by polite society for her scandalous life, her many affairs with women and men, appearing onstage scantily clad in vaudeville, and her refusal to compromise her pursuit of personal freedom. Colette produced more than 50 works of fiction, memoirs, and plays. Her life resonates with audiences for breaking new ground on women’s empowerment, her respect for nature, and her forays into sexual liberation. The moralistic reactions against her rebellion continue to reverberate in our world today.
“Lorri Holt is nothing short of spectacular.” – Theatre Eddy’s
“Watching Lorri Holt speak as Colette is like having a conversation with the most interesting person you have ever met.” – Ilana Walder-Biesanz, Stark Insider
“It’s immediately clear how effortlessly this consummate actress channels early-20th-century French novelist Colette…Holt simply embodies the rebellious character in all her (ever-so-French) self-confidence, vulnerability and sensual charm.” – SF Examiner
“A breathtaking hour and fifteen minutes. I dare you to take your eyes off this worldly femme fatale with the musical accent.” -Theatre Storm
Colette Uncensored 90-second Trailer
Registration:
Click here to register for this event