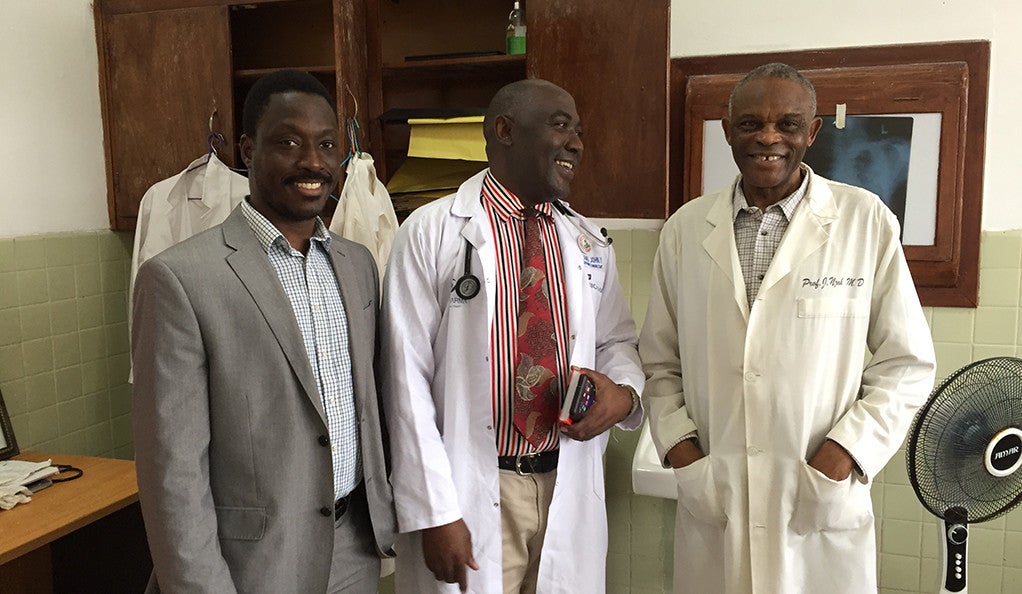 In 2014, the West African countries of Liberia, Guinea, and Sierra Leone suffered the most severe outbreak of Ebola ever known. By the time the epidemic was contained in 2016, the Center for Disease Control (CDC) estimates there were nearly 29,000 cases resulting in more than 11,000 deaths.

During this time, healthcare workers were among the individuals most at risk as they worked to care for those infected with the deadly disease. A report from the World Health Organization (WHO) states that a reported 881 health workers were infected, resulting in 513 reported deaths. All told, it is estimated Liberia lost 8% of its doctors, nurses, and midwives to Ebola; Sierra Leone lost 7%; and Guinea 1%. Devastation of West Africa’s healthcare workforce, in turn, severely impacted healthcare services for the treatment and control of HIV and tuberculosis, resulting in another 10,600 lives lost to those diseases.