Skip to content
HomeAfrican deforestation not as great as feared, Yale research shows 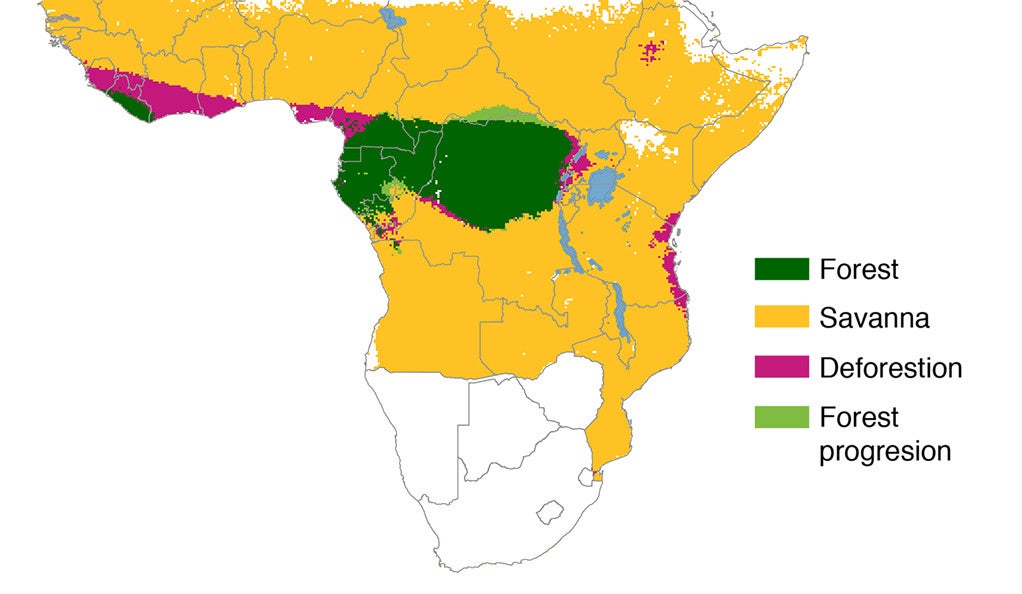 The loss of forests in Africa in the past century is substantially less than previously estimated, an analysis of historical records and paleontology evidence by Yale researchers shows.

Previous estimates put deforestation at 35% to 55% on the continent since 1900. The new analysis estimates closed-canopy forests have shrunk by 21.7%, according to findings published Dec. 11 in the journal Nature Ecology and Evolution. However, research also shows that some West and East African forests have been reduced between 80% and 90%.