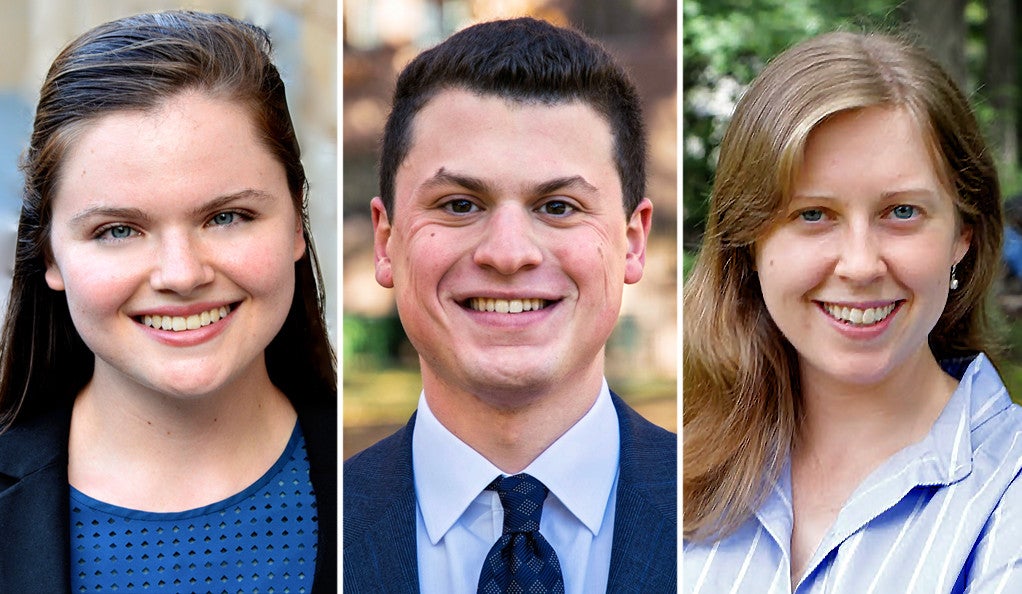 The three — Erika Lynn-Green, Amanda Royka, and David Shimer — are among 43 American students who will take degree courses at leading British universities beginning in September 2018.

“I’m proud to congratulate the recipients of this year’s Marshall Scholarship, who represent the brightest young minds and leaders the U.S. has to offer,” said Sir Kim Darroch, British ambassador to the United States. “For over six decades, the Marshall Scholarship has played an important part in maintaining the strong bonds of friendship between our two countries. This further expansion of scholarships continues to demonstrate our commitment to our special relationship with the U.S. and promoting strong academic ties.”