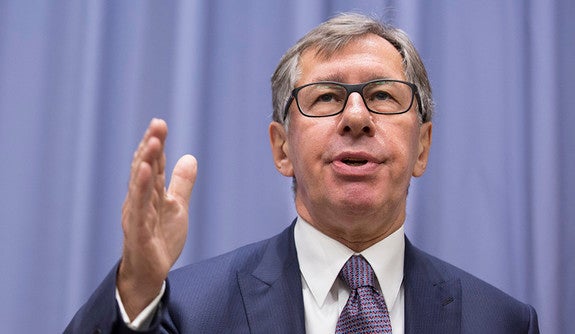 After the collapse of the Soviet Union, a team of young economic reformers led by Yegor Gaidar worked to create a new economic future for Russia. Against the overwhelming threat of looming hunger and civil war they created a market economy that remains in place today.

As an economist and one of the market reformers, Petr Aven, served as Russia’s minister of foreign economic relations at the time. He played an important role in transforming Russia from a centrally planned to a new market economy.

Speaking to students of Economics 122 in the auditorium of Henry R. Luce Hall, Aven shared his experiences from that turbulent period.