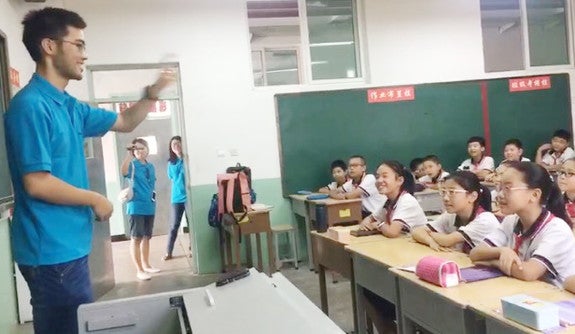 Google “China” and you will see stories about its growing economy and its booming industry, as well as predictions that the nation will be the next largest global power. But, while the urban centers in China are thriving, rural China — a side that Westerners rarely see — continues to face challenges. Building Bridges, a Yale undergraduate organization, attempts to bridge the gap between the progress experienced in urban areas and in rural areas.

In 2008, Building Bridges was initially formed in response to the Wenchuan Earthquake, a magnitude 8.0 earthquake that devastated the mountainous central region in Sichuan province, China. That summer, Shuai Yuan, Helen Gao, and Merlyn Deng — all Class of 2011 — went with groups from other Chinese universities to volunteer in, learn about, document, and experience the world that the earthquake victims had created in their temporary housing community.