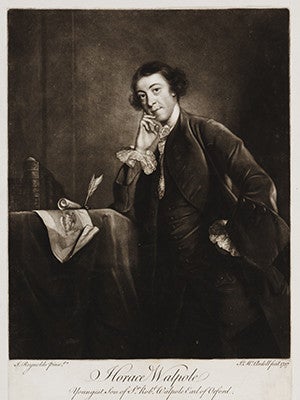 Horace Walpole — the 18th-century English man of letters — wrote to his friend and longtime correspondent Horace Mann, British envoy to Florence, on Sept. 7, 1775 about the outbreak of war between Great Britain and its American colonies.

“You will on your side not be surprised that I am what I always was, a zealot for liberty in every part of the globe, and consequently that I most heartily wish success to the Americans,” Walpole wrote. “They have hitherto not made one blunder; and the administration have made a thousand, besides the two capital ones of first provoking, and then of uniting the colonies.”

Walpole predicted a long war with an unfavorable outcome for Britain whether or not it triumphed on the battlefield.