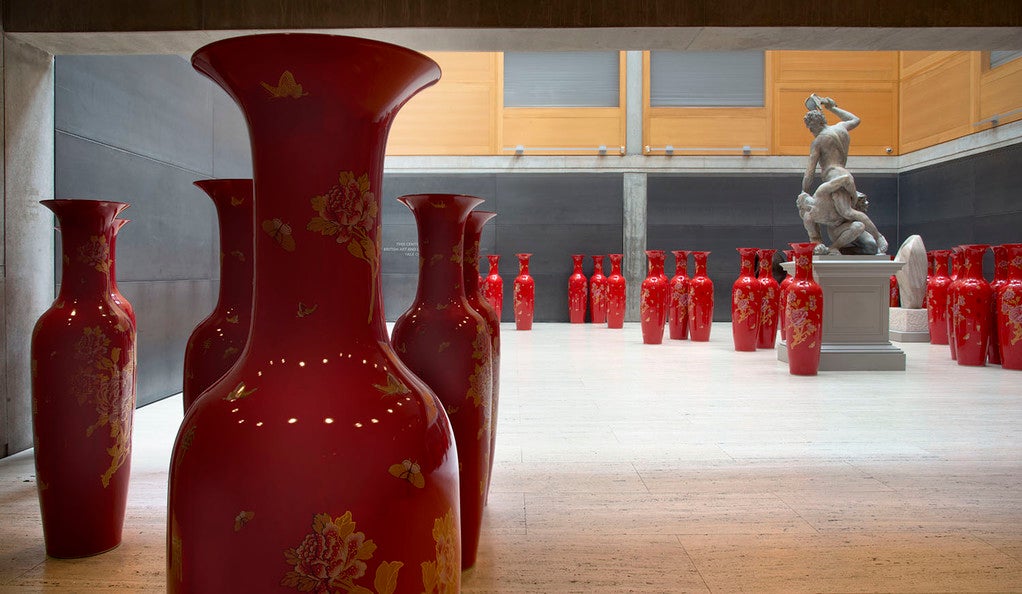 ‘Things of Beauty Growing’: British Studio Pottery,” a new exhibit at the Yale Center for British Art, is the first major survey of British studio pottery ever organized in the United States.

Bringing together nearly 150 ceramic objects — including vases, bowls, chargers, and monumental forms, as well as a range of historic works from China, Japan, and Korea — the exhibition traces the evolution of the vessel form, which has defined the ceramic medium from the turn of the 20th century to the present.

This exhibition demonstrates that the story of studio pottery is a global one, as these pots and potters have travelled between England, continental Europe, Asia, Africa, and beyond. It also illustrates how studio pottery is an ongoing practice. The display includes works created especially for the occasion by contemporary artists, as well as drawing from distinguished private and public collections in the United States and the United Kingdom.