Skip to content
HomeChallenging the Refugee and Muslim Ban 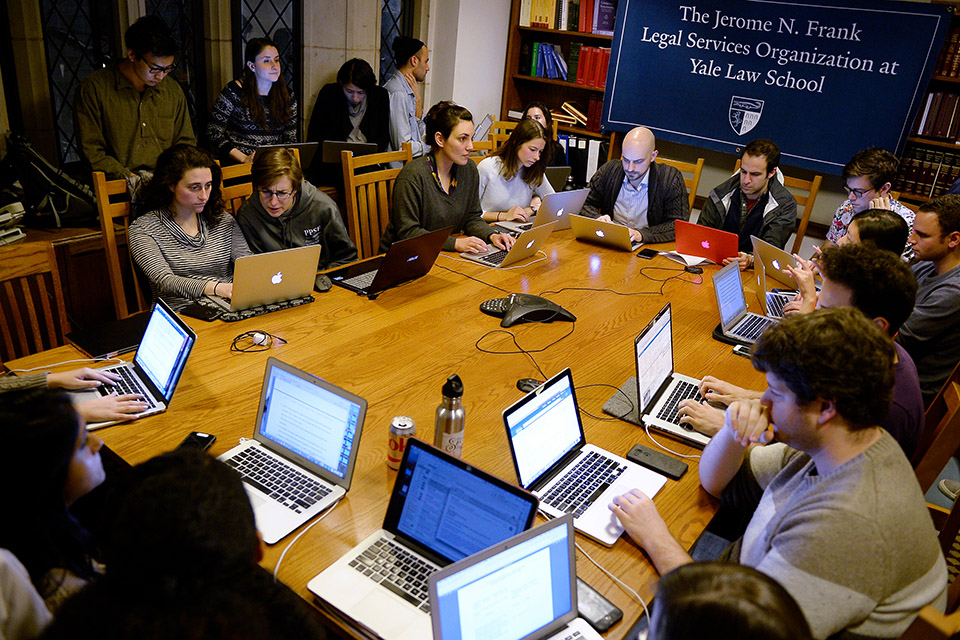 How Yale Law students, faculty, and alumni mobilized to fight the executive order on immigration

It seemed like a typical Friday night until Professor Mike Wishnie ’93 got an alarming phone call saying that people were being detained at John F. Kennedy airport hours after an executive order from the President on January 27, 2017, banned certain refugees and immigrants from entering the U.S.

Within minutes, Wishnie heard from two Yale Law alumni, Rebecca Heller ’10, of the International Refugee Assistance Project (IRAP), and Justin Cox ’08, of the National Immigration Law Center (NILC), and realized that it was vital to take swift legal action.

An hour later, after being notified of the developments, a team of students and supervisors from the Worker & Immigrant Rights Advocacy Clinic (WIRAC) connected to get to work on a legal challenge. WIRAC is part of The Jerome N. Frank Legal Services Organization (LSO) at Yale Law School, which provides legal representation to individuals and organizations in need of legal services who are unable to afford private attorneys.