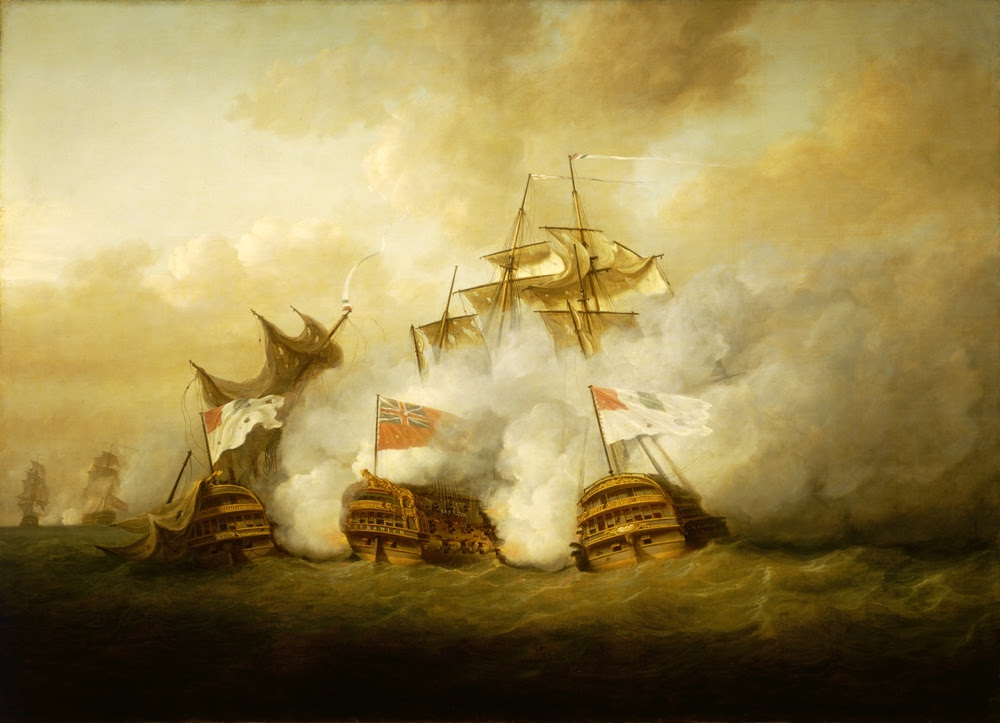 There’s something about the moment of a shipwreck—the strange incongruity of smoke and fire on water, of splintered masts and snapped riggings on glassy sea.

The Yale Center for British Art’s new show Spreading Canvas: Eighteenth-Century British Marine Painting makes canny use of these moments to draw viewers in. You might come for the sea fights, but by the end of the exhibit you find yourself immersed in the story of the British people and their inexorable connection to the sea.

The paintings and objects on display are “not just static representations,” according to the show’s curator, Eleanor Hughes. They’re stories in and of themselves. As the show progresses, you become aware of the people behind these hulking ships: the rowdy sailors, the bold (if prone to exaggeration of their boldness) captains, the men of the dockyards and, of course, the painters themselves.